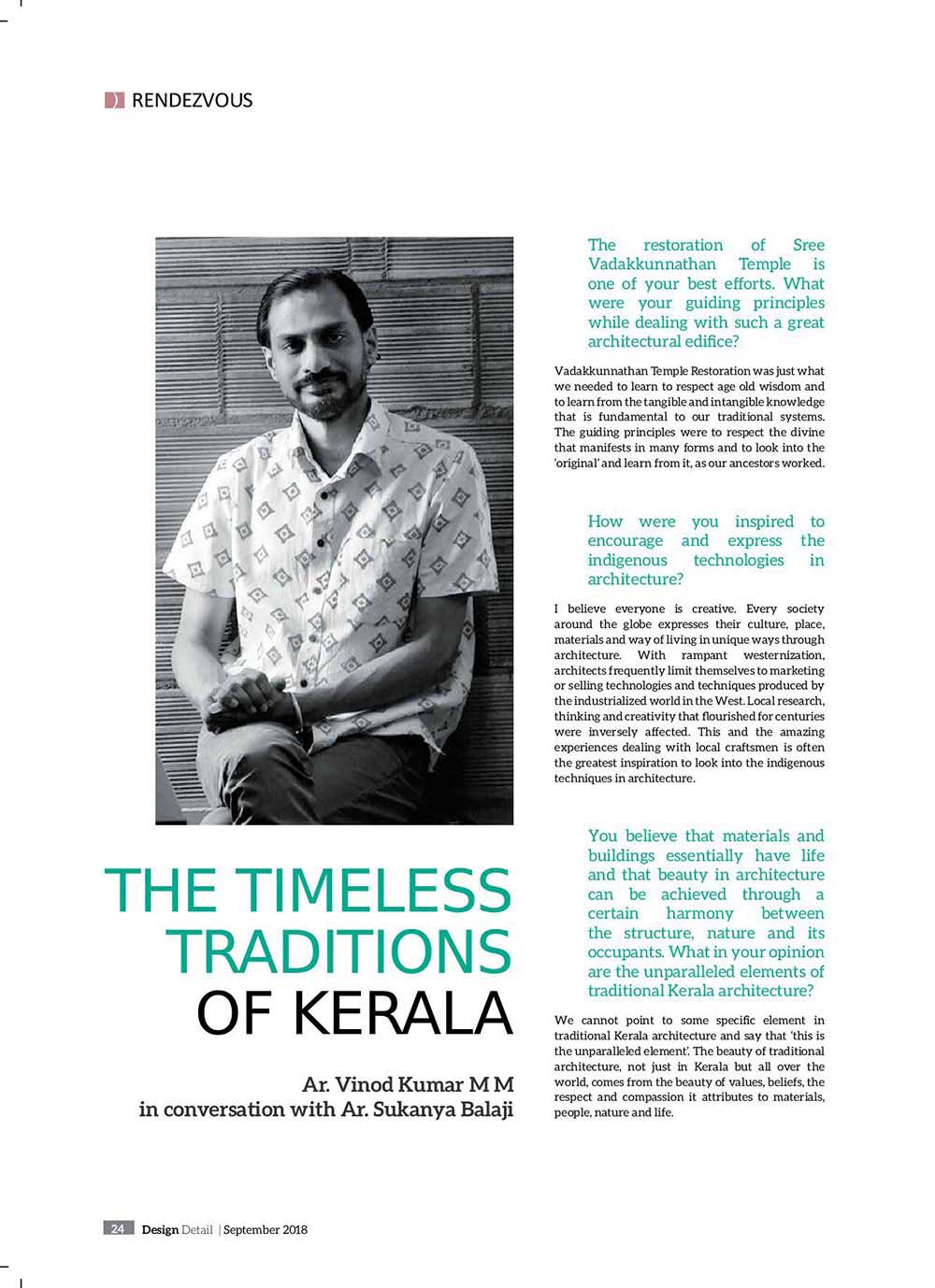 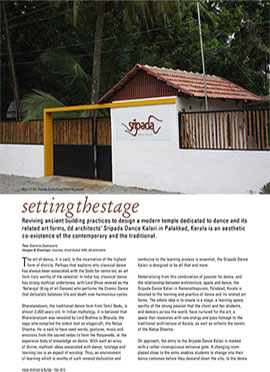 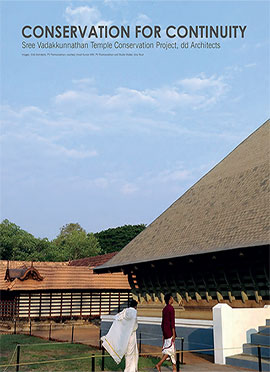 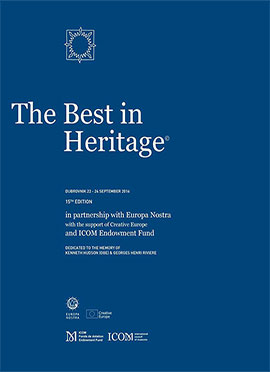 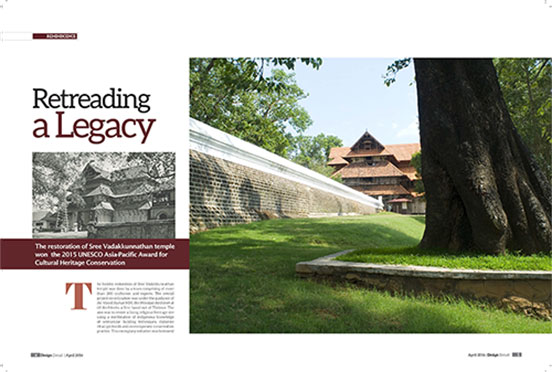 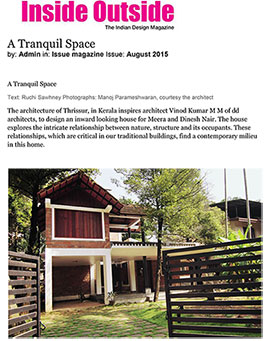 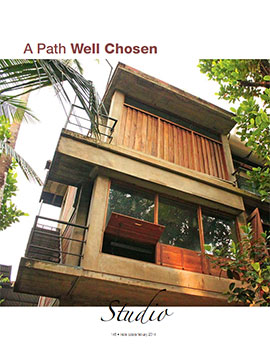 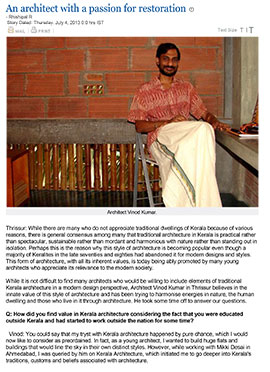 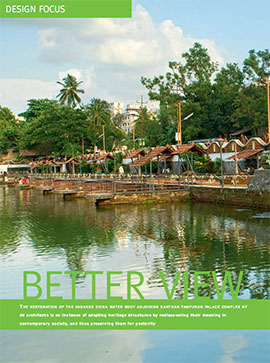 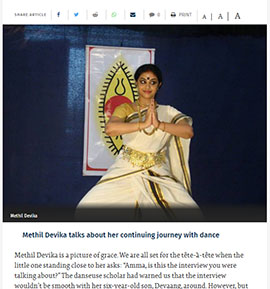 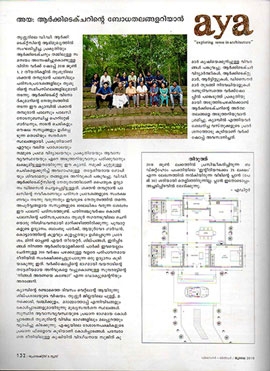 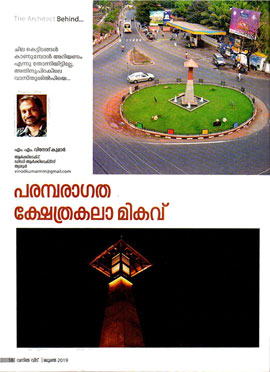 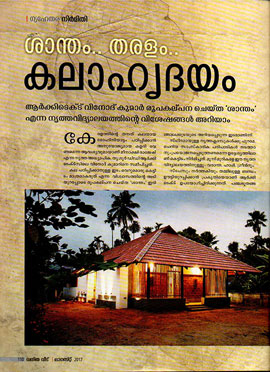 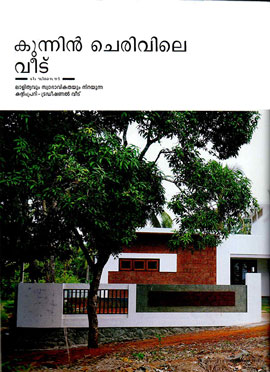 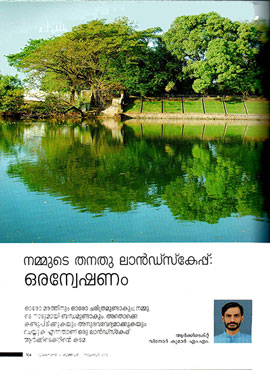 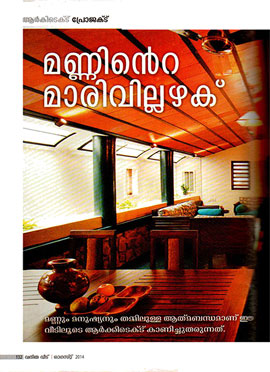 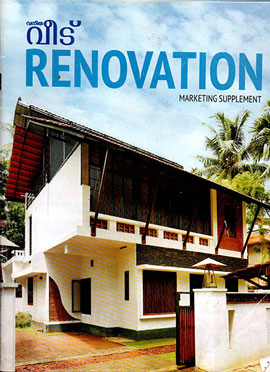 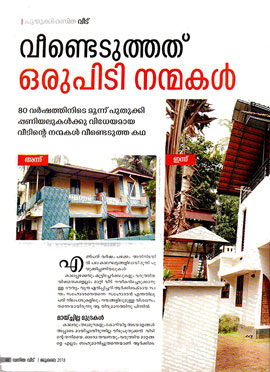 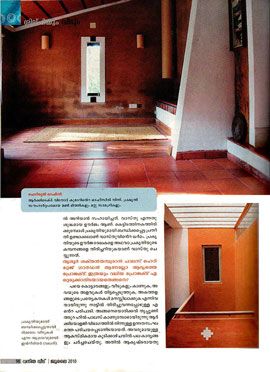 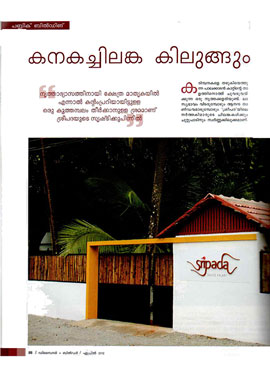 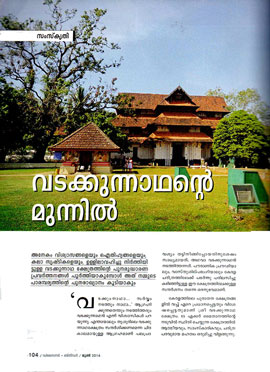 August 2015 –A Tranquil Space – Inside Outside

July 2013 – An Architect with a Passion for Restoration – Manorama Online

December 2010 – Iron Age burial site gets a facelift – The Hindu

July 2010 – Restoring the Glory of Old Buildings – The Hindu

January 2009 – Sree Vadakkunnathan Temple – Inside Outside

Award of Excellence for Vadakkunnathan Temple

Vinod Kumar M M, honoured by Thrissur Pouravali (Public Forum) in 2007 as one of the 150 most talented people in the city on the 150th anniversary of the first struggle for Indian Independence.